The real reason for the death of Igor Dyatlov’s group

More than sixty years have passed since the mysterious death of Igor Dyatlov’s group. This happened on the night of the first to the second of February 1959. Since then, all information on this case has been classified for some unknown reason. And it was only in 2019 that the Top Secret stamp was removed, but this did not bring everyone closer to solving the tragedy that happened an inch. A year later, a four-part film entitled “The Secret of the Dyatlov Pass” was released. The authors and creators of the series tried to convey their version of the events to the audience and made many people think and take a different look at the tragedy, the true reasons for which are still shrouded in mystery [or deliberately not disclosed]. In the beginning, this was facilitated by the vague and constantly changing conclusions of the state commission and representatives of the investigating committee. This was used by journalists, skeptics, paranormal researchers and other people, who immediately noticed that this silence was not accidental. As a result, about 75 unofficial versions of the death of the Dyatlov group arose. The real story of the death of nine tourists under the leadership of Igor Dyatlov is not at all similar to the above film, and there are still many gaps and questions in it, which have not yet been answered.

Details of the tragic hike…

The tragedy took place on the night of February 2, 1959. The trip was dedicated to the XXI Congress of the CPSU. For a little over two weeks, its participants had to ski at least 300 km in the north of the Sverdlovsk region and climb two peaks of the Northern Urals – Otorten and Oyka-Chakur. On February 12, tourists had to reach the final point of the route, the village of Vizhay, and send a telegram to the sports club, and on February 15, return to Sverdlovsk. However, this did not happen. The search for the missing people began. Nine people were found frozen to death at the end of February.
The families of the Dyatlov group members voiced their version of what happened. It is reported by Rambler. The relatives of the Dyatlov group climbers who died in 1959, through lawyer Yevgeny Chernousov, voiced their version of the mysterious tragedy, refuting the conclusions of the Russian Prosecutor General’s Office, which considered that the avalanche was to blame for everything.
The first to refute the new official version of the tragedy was the head of the student group for the search for the Dyatlov detachment, Sergei Sorgin. He noticed that the version of the avalanche was not confirmed, since he himself was personally at the site of the death of the climbers when the Dyatlov group was just discovered. Sorgin said that there were no traces of an avalanche at the site of the tragedy.
“There were no traces of an avalanche either near the tent or in the area around. For some reason, no one took into account our opinion. Nobody interviewed the relatives of the victims, did not talk to me“- he said.
The relatives of the victims did not agree with a number of official versions, which were voiced by the Soviet investigation. They also disagree with the conclusions of the Prosecutor General’s Office of the Russian Federation about the avalanche. Through their lawyer Yevgeny Chernousov, they stated that they consider the poisoning version to be the priority.

The families of the victims of the tragedy believe that the latest types of missiles and other types of weapons, as well as the latest aircraft, could be tested in the mountains. Earlier, actor Evgeny Antropov, who played the role of one of the participants in the campaign of Alexander Kolevatov in the series “Dyatlov Pass”, presented his version of the tragedy on the NEWS.ru portal. In his opinion, tourists could die due to the operation of the KGB of the USSR carried out in these places. No wonder these places were notorious among local residents. And none of the indigenous people, under any pretext, agreed to be in the vicinity of this mountain. Also in this area, in the sky above the Ural mountains, the locals have noticed strange moving glowing balls many times.

I think it’s time for people to find out the true truth about the real reason for the death of a group of students. Analyzing all the available information about the tragedy, additional questions arise in the case:

Throughout the campaign, the Dyatlovites took photographs, which were developed after the cameras were found by the participants in the search operation. Pay particular attention to the most recent photograph on the film. Some experts believe that one of the guys tried to photograph what later caused the tragedy. It is believed that this photo was exposed during the development of photographic film in the laboratory. But … something suspiciously a lot of accidents in a short period of time …

Based on the above information, the reason for the death of people {according to the site administration} is the appearance in the immediate vicinity of an unidentified flying object {or a group of objects}, which exposed them to a strong psychological effect on the brain or the effects of unknown radiation. This radiation resulted in an instant loss of vision and an attack of intense fear. This forced everyone to urgently leave the tent through the cut made with a knife, leaving warm clothes and provisions, go out into the cold and hurry down the slope without winter clothes and warm shoes. The reason for this could be both radioactive radiation and the effect of a very strong electromagnetic field or another powerful source of energy unknown to earthly science. {The main version is the impact of radiation from a UFO in the form of glowing balls. They were seen many times by local residents in these parts that year and on the day of the tragedy. UFO is an abbreviation for Unidentified Flying Object}.

Later this version was supported by Stanislav Evgenievich Bogomolov {deputy. head of the department “Public problems” of the regional newspaper in Yekaterinburg}. In 1990, the newspaper “Uralsky Rabochy” published an article entitled “The Mystery of Fireballs”. In it, the author collected, in chronological order, interviews with eyewitnesses who took part in the rescue operation, as well as the opinions of experts who participated in the forensic medical examination. Excerpts from this article can be found HERE.

I certainly understand that some people may perceive all this as “the delirium of another madman”, but I will tell you a case from my own life. As a child, when I was in high school, I and many other people in my city witnessed a very unusual phenomenon in the sky. In the evening, at a low altitude above the city, an orange ball (the size of a full moon) slowly floated by, enveloped in a small haze and emitting some buzz. Through this haze, it was implicitly visible that there was a dark spherical object inside. More than 30 people became eyewitnesses of this phenomenon next to me. Everyone stood rooted to the spot, looking at the sky until the object disappeared behind the horizon. And everyone got the impression that it was a man-made, controlled, flying object. Imagine my surprise when the next day the following explanations appeared in all the media (press and television): “… an ordinary meteorological balloon flew over our city. Please everyone to stay calm ..”. Naturally, none of the eyewitnesses to the incident believed this. I am sure that such amazing and inexplicable phenomena were in the life of almost every person. But this is already a topic for other publications, which I will write about in my next articles.

The fact that representatives of the Investigative Committee immediately put forward a version that an avalanche was the cause of the tragedy of the participants in the campaign {in order to hastily close this case as soon as possible without unnecessary publicity and red tape – approx. author} says that at that time they already had the most probable version of the death of the group. Which they just didn’t want to go public to avoid panic. However, the version with an avalanche quickly disintegrated, and did not receive its confirmation at the crash site.
In the official conclusion of the forensic medical examination about the reasons for the death of the tourists, they vaguely indicated that … “the cause of the death of the tourists was a spontaneous force, which they were unable to overcome.” The case had to be classified and tried to make it simply forgotten. If the military were involved in the tragedy {or representatives of the special services – approx. author}, then they would hardly have left so much evidence at the scene of the tragedy. Most likely no one would have found anything. All evidence and bodies would be simply destroyed and everyone would be considered simply missing. Moreover, no traces of the explosion or the fall of parts of the missiles were found near the site of the tragedy.

Later, at the site of the tragedy of Igor Dyatlov’s group, a memorial was erected in memory of the dead members of the group.

Igor Dyatlov, Yuri Doroshenko, Lyudmila Dubinina, Semyon Zolotarev, Alexander Kolevatov, Zinaida Kolmogorova, Georgy Krivonischenko, Rustem Slobodin, Nikolai Thibault-Brignol – nine experienced skiers, members of the sports club of the Kirov Ural Technical University, did not return from the hike on January 23. Eternal memory to all the victims of the tour from the group of Igor Dyatlov. I hope that sooner or later we will find out the true cause of the tragedy. Regardless of what it really is …

Hypotheses
And what is it really – our Earth …
What is Earth. By whom and when was it created
0 186
It is interesting
Latest publications 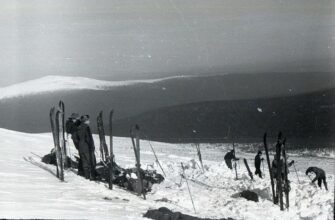 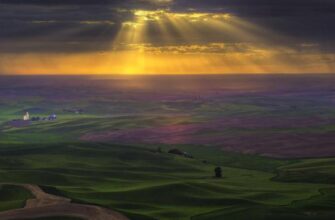 And what is it really – our Earth …
What is Earth. By whom and when was it created 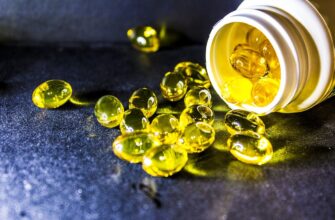